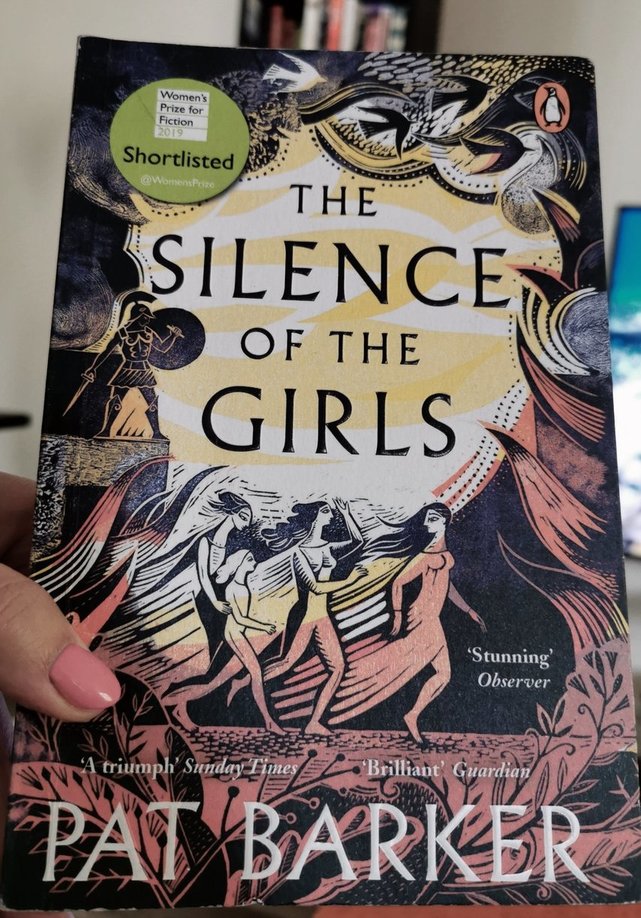 “Great Achilles. Brilliant Achilles, shining Achilles, godlike Achilles…How the epithets pile up. We never called him any of those things; we called him ‘the butcher’”.

‘The silence of the girls’ is a retelling of ‘The Iliad’ by Homer that focus on stories of women and girls who were sucked into the Trojan war.

The story is told from Briseis point of view. The woman who was awarded to Achilles, the greatest, the bravest Greek fighter and the man who killed her husband and brothers, after his army took over one of the towns neighbouring Troy. When Agamemnon, the most powerful of the Greek warriors has lost his own female ‘possession’ he seizes Briseis from Achilles.  Achilles’ uncontrollable rage towards Agamemnon and his army is the key theme of ‘The Iliad’.

While men fight, Briseis takes the reader on a journey of what’s behind the scenes of this brutal war – the prostitutes and slaves, the nurses and the women who lay out the dead. They live in a camp that Barker’s portrayed as a place swamped in stinking rats, alcohol, dirt and sickness with a male ego on top of everything.  This part of the story is very powerful and vividly described with the scenes of violence and rape.

In the second part of the book, Achilles takes over the narrative. After he killed Hector, the king Priam bravely walks into Achilles’ camp to plead with him to get his son’s body back. Barker quotes Homeric words here: “I do what no man before me has ever done, I kiss the hands of the man who killed my son”. Perhaps we should feel pity here and feel sorry for the many men who died violently far from home. Briseis however, has a powerful answer to that and reminds us about the horrors that women suffered because of men during the war: “I do what countless women before me have been forced to do. I spread my legs for the man who killed my husband and my brothers”.

Barker’s novel sends a powerful message; not only we see ‘The Iliad’ from a different perspective but it also inspires to tell other forgotten stories that were silenced by history that included only one version of events.

This site uses Akismet to reduce spam. Learn how your comment data is processed.